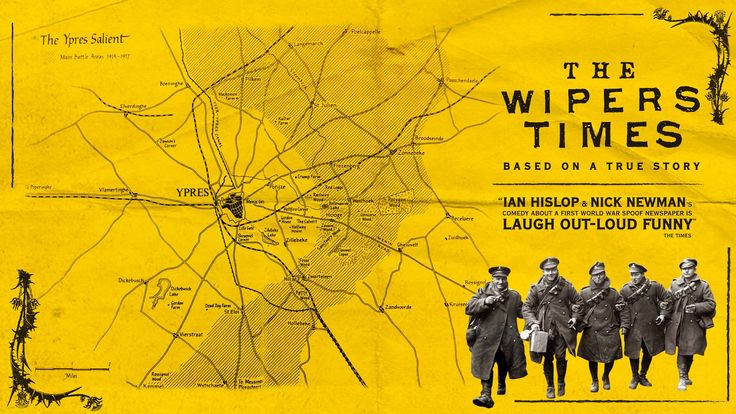 A Trademark Touring and Watermill Theatre Production. The Wipers Times is a stage adaptation of the award-winning BBC film by Ian Hislop and Nick Newman. It tells the extraordinary story of the satirical newspaper created in the mud and mayhem of the Somme, interspersed with comic sketches and spoofs from the vivid imagination of those on the frontline.

In a bombed out building during theFirst World War in the Belgian town of Ypres (mispronounced Wipers by Britishsoldiers), two officers discover a printing press and create a newspaper for the troops. Far from being a sombre journal about life in the trenches they produced a resolutely cheerful, subversive and very funny newspaper designed to lift the spirits of the men on the frontline.

'Vividly brought to the stage'

‘The show is elegantly structured, wonderfully theatrical and perfectly paced.’

‘You leave with renewed admiration'

'‘Entertaining tribute to the maverick team behind the First World War trench newspaper.’